The State of Unknowing

I can’t tell you when I decided I would try to travel the world for five years. I really don’t know when that shift happened. I think at one point I was hoping I’d live abroad for a while. Maybe travel. Maybe a year.

Then one day, boom, it’d become this goal of 5 years abroad. I think money had a lot to do with it. Things have really changed here in Victoria and Vancouver, my parts of the world. Once, Europe seemed infinitely more expensive than here. Now I look at city after city after city on Numbeo and everyone’s got groceries and wine half the price as here. I’m paying more rent, more this, more that. My wallet isn’t deep enough for this life.

I remember old singers singin’ about “workin’ for the man every night and every day,” and gosh, it doesn’t feel like we’ve come far. My province is getting more and more celebrated but just staying afloat takes everything I got.

Somewhere along the lines, my friends’ travels all made me realize I had to think outside the box. Unlike most of the folks I know, my 30s began with my nearly dying in a car accident, and the rest of the decade was filled with injuries, illnesses, and unemployment. Disposable income, what? Savings? Get real. To have a future, I needed to get the hell out now. 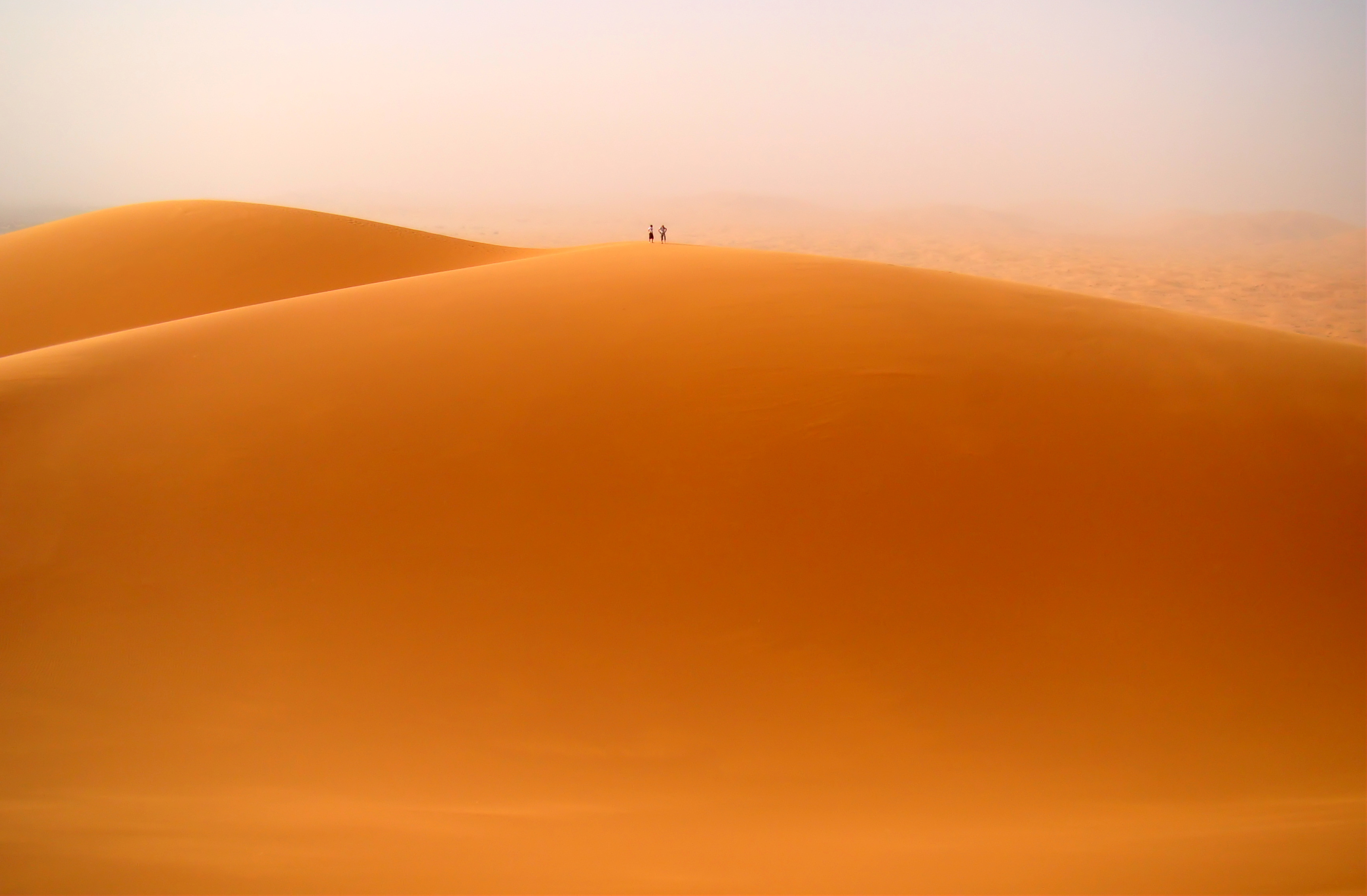 The Merouga dune in Erg Chebbi, Morocco, by Bjørn Christian Tørrissen, on Wikipedia.

I’d be lying if I said this trip was the plan from the day I moved to Victoria, but getting out and going abroad, that was in the plan. When I moved to this town in 2012, I’d mentally labelled it the FIFO Phase of my life. “Fix it and eff off.” After a decade of hardship, that was it. I was fixing myself and fleeing.

That phrase has been in my head the whole time. Is it why I’ve never made meaningful relationships here? I’ve met good people, but I haven’t latched on and explored those relationships.

Tonight I’m watching the travel series Departures — two Canadian guys take off and see the world for a year — and Justin’s ruminating about everything he’s left behind, particularly the relationships. It occurred to me that I do love living in Victoria, but I won’t have that feeling. No loss, no abandonment. Not really. Just up and gone, wistful remembrances of coffee drunk by the seaside and cycling through warm fragrant nights.

Truth be told, I’ve already “left” home behind. I might just be 3-4 hours’ travel from home, but it might as well be half-a-country away, because I only go twice a year.

As for people here, well, I see them each a couple times a year too. That’s really it, and I haven’t tried to change that. I keep telling myself it’s too much work or it’s this/that, but I wonder if it’s a protective move subconsciously. Not just to make it easier for me to leave, but so it’s easier for me to be in the moment and lacking regrets when I’m really abroad. 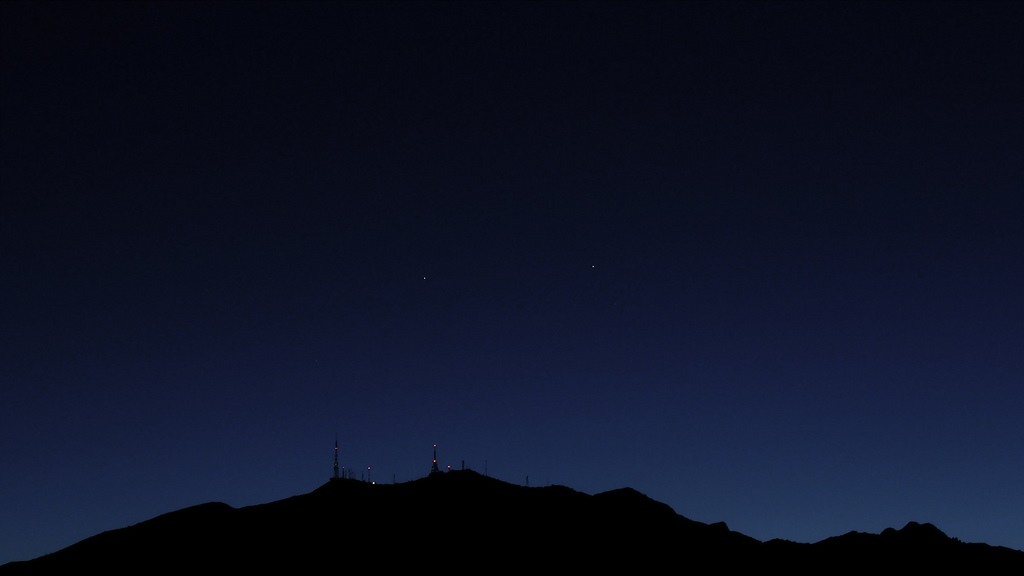 Mountain silhouette in Benalmadena, Andalusia, Spain, by “By-Your” on PixelBay.

Only Smart Enough To Know What I Don’t Know

It’s times like these I have to remind myself that maybe it’s not about all the people I’m leaving behind anyhow, but instead about the people I’ve yet to find. The world’s filled with so many amazing souls and I can’t help but wonder how many will be in my scope when I’m a citizen of the planet, and not just this little town anymore.

I really have no preconceptions about travelling. I have a feeling that, in the next seven months, I will say “I don’t know” more than I have in the 40 years before today. I don’t know who I’ll meet. I don’t know where I’ll go. I don’t know how long I’ll spend in each place. I just don’t know. I don’t know any of what my future includes. Not in 10 months, not in five years. Not for any day past September for as long as I live. I don’t know.

I just know that, to save money for retirement, to be the writer I know I have the potential to become, to have the wisdom I know awaits me, it means leaving everything behind.

I don’t think it’s even about knowing that something that’s right for me exists out there — it’s more me knowing that who I am ain’t here.

I’m not sure I can explain that any better. I think, when you’re really where you belong, that you would feel it in your bones. Your feet become more grounded, your steps come easier. You breathe deeper, exhale slower, and feel smiles creeping across your face more often.

Is “home” a feeling? I think it is. It’s just not one I’ve felt in many years. It’s not one I really understand. Maybe it’s “belonging” I’m thinking of. I don’t feel out of place or not at home. It’s just this constant pulsing malaise I feel in my subconscious. It’s not wrong, but it ain’t right.

That doesn’t mean I know the answer’s out there. Maybe there is no answer. Maybe “there is no spoon.” Maybe it’s something like the Alchemist and the journey happens just to show me that I had all the answers in the first place.

Tell ya what I do know. I know that in between every scared or confused thought I have is one that tells me I got this. It tells me I may not know what’s up, but that I’m creative enough and resourceful enough to solve it. It tells me this will be more fun than I ever thought I deserved. It tells me travelling will profit me in ways I can’t begin to imagine.

It tells me that the only thing I can do is go, that working this hard, this long to maintain this life of sameness isn’t the answer for me. Not anymore.

And if that’s all I know, then that’s good enough for me.

Hey, sign up for my email list on bottom of this page and I’ll let you know about Big Stuff. No regular letters, no spamming. Mostly, I’ll just keep you informed here.
If you want to support my travels in exchange for cool stuff, please check out my Indiegogo campaign here.
Follow my adventure on Facebook here: The Full Nomad.
Follow me on Twitter here: @SnarkySteff.
Follow my Instagram feed here: @SnarkySteff.

changing changing my life exploring knowing learning saving taking chances travelling
The State of Unknowing2015-02-152015-02-15//www.fullnomad.com/wp-content/uploads/2016/04/logo2.pngFullNomad//www.fullnomad.com/wp-content/uploads/2016/04/logo2.png200px200px
About
Steffani Cameron
In 2015, I sold everything to travel for five years. I'm living out of a duffle bag and works wherever I can get some Wifi. A trained journalist and avid photographer, I'm passionate about culture and what makes us tick. Click below to contact me for projects and opportunities.
Comments 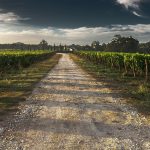 Terroir: My Life With A Sense of PlaceBefore, Food & Drink, Planning
Why Croatia?Croatia, Planning