I sat on many blog posts this past year, knowing a new blog theme would come, and this is one of those — the unexpected perks of off-season travel. I wrote this in early December, 2015. Enjoy.

A chill wind blows with mottled grey skies as a weak sun shines low on the horizon. It’s off-season here in Sintra, Portugal, and streets are dotted with locals and the odd stalwart traveller. This is not the Algarve, where a steady tourist inflow keeps the beaches and bars hopping year-round.

Rather, this is coastal Portugal, an hour’s drive from Lisbon. Rain is not uncommon this time of year. While tourists do come year-round, there are far fewer. It leaves slower, simpler days for those willing to brave the unexpected in off-season travel.

For two months I’ve enjoyed Croatia and Portugal in the off-season, seeing a side to each that few summer travellers see. Businesses are grateful to have me, rather than taking me for granted. It’s meant everything from free wine and pastries gratis to once-in-a-lifetime experiences I’d never enjoy in August. 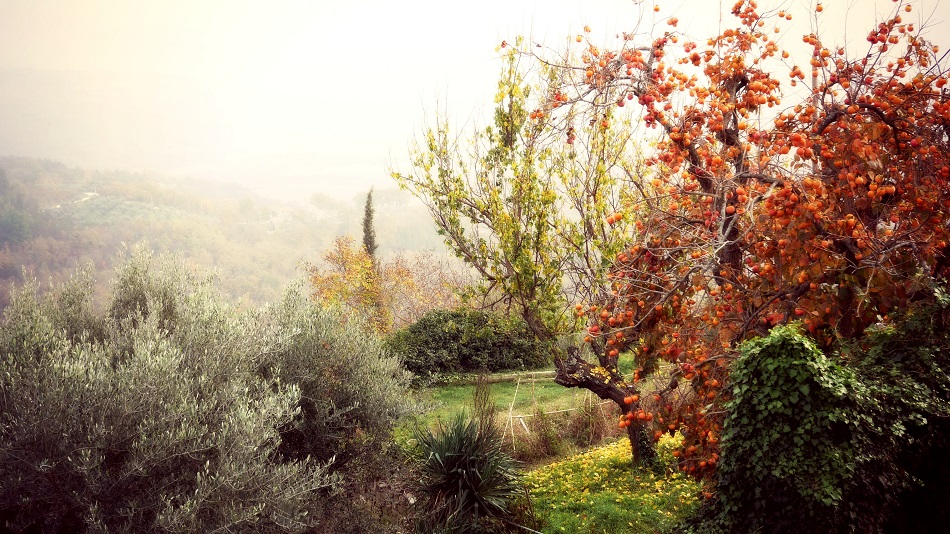 Istria in the off-season. Without being ready to risk off-season travel, you’ll just see the same green nature all the time.

High-points in my Low Season

And so it was, just two weeks ago on an unusually blustery fall day in Pula, Croatia, I found myself alone in a 2,000-year-old Roman arena. Once, it held 25,000 blood-thirsty Roman Empire citizens screaming as gladiators battled to the death. For two hours I alone enjoyed the eerie, amazing feeling of standing solo in the best-preserved Roman coliseum left on Earth, and I’ll never forget it. That’s the joy of off-season travel.

In Rovinj, Croatia, the low-season came with curses along with the rewards. One day was sunny, the next miserable. Business in a coastal town like that is almost a self-fulfilling prophecy. With no tourists, everything closes, and in closing, they ensure no tourists. Only a handful of restaurants and shops were open. Waiters stood dumbly by doors, staring blankly, awaiting masses that would not come. 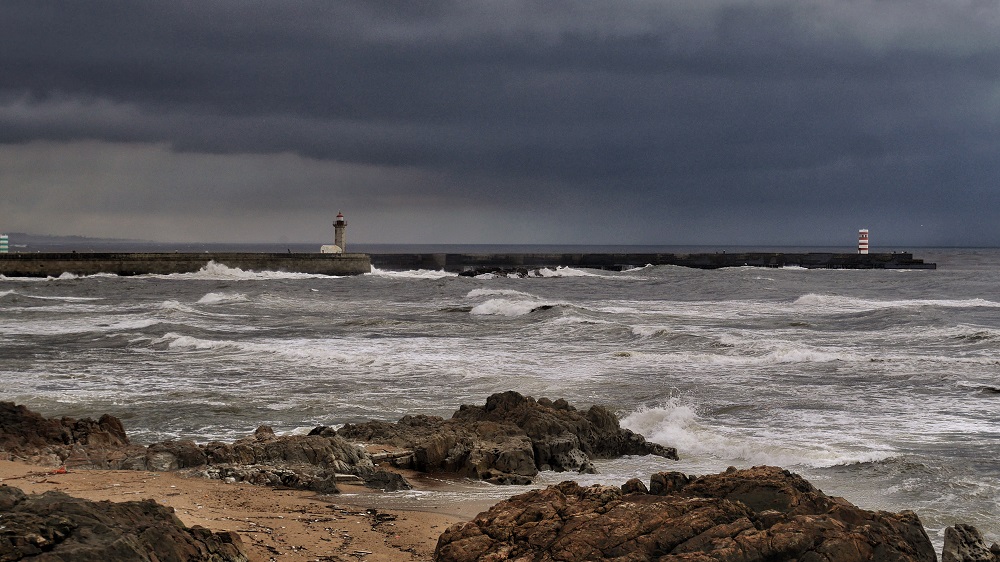 Porto, Portugal, before a storm rolls in off the Atlantic Ocean.

The Reward of Being the Onliest Tourist

On the flipside, though, I had the gift of empty streets. The old town of Rovinj feels almost like a hybrid of Venice and Sicily. A Venetian subject for centuries, the town even today has both Croatian and Italian as official languages. Pasta and seafood are de rigeur on menus. The cobblestones and cracked stucco facades seem moodier in November, making for great photography. Alone, I felt I saw locals living as they have for centuries – in simplicity, space, and slowness.

As I type, I’m enjoying a four-bedroom home all to myself, just a five-minute walk from one of Europe’s top 10 beaches. Praia da Adraga is a windswept sandy beach surrounded by towering cliffs, around the bend from the westernmost point on the continent. Days before coming, the entire home had been booked, with me renting just one room through AirBNB. Upon arrival, I learned everyone cancelled and I would be alone for two weeks. That’s a $5,500 two-week rental fee for a 4-bedroom home with outdoor kitchen, pool, and massive indoor professional kitchen, all for $650. That’s off-season travel for you, if you’re lucky. 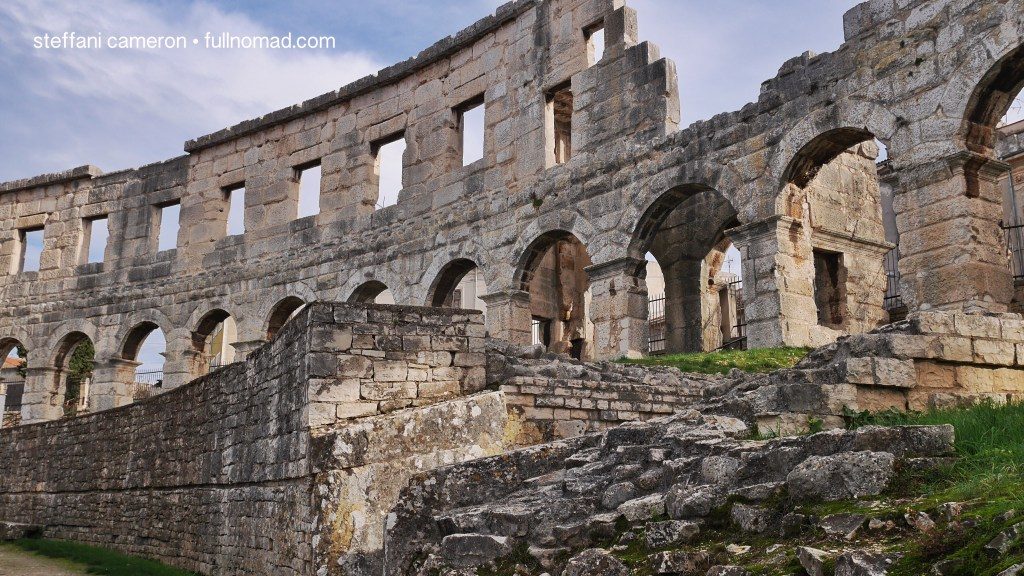 Alone for TWO HOURS in a Roman coliseum in Croatia. When dressing that November morning, ready to brave plummeting temperatures, I had no idea my reward would be a lifetime memory that few people will EVER experience.

And so it is that off-season travel offers a number of advantages. These include lower-priced airfare, less crowding in attractions, different seasonal foods, and potential deals on lodgings. Every place I’ve stayed was 35% off or more, for the last two months. The added bonus is the chance to see locals living life normally, without putting on a show for tourists.

Obviously, you’ll need to be prepared for inclement weather, but a good Goretex jacket suffices in most conditions. As Billy Connolly is famous for saying, “There is no bad weather; just the wrong clothing.” 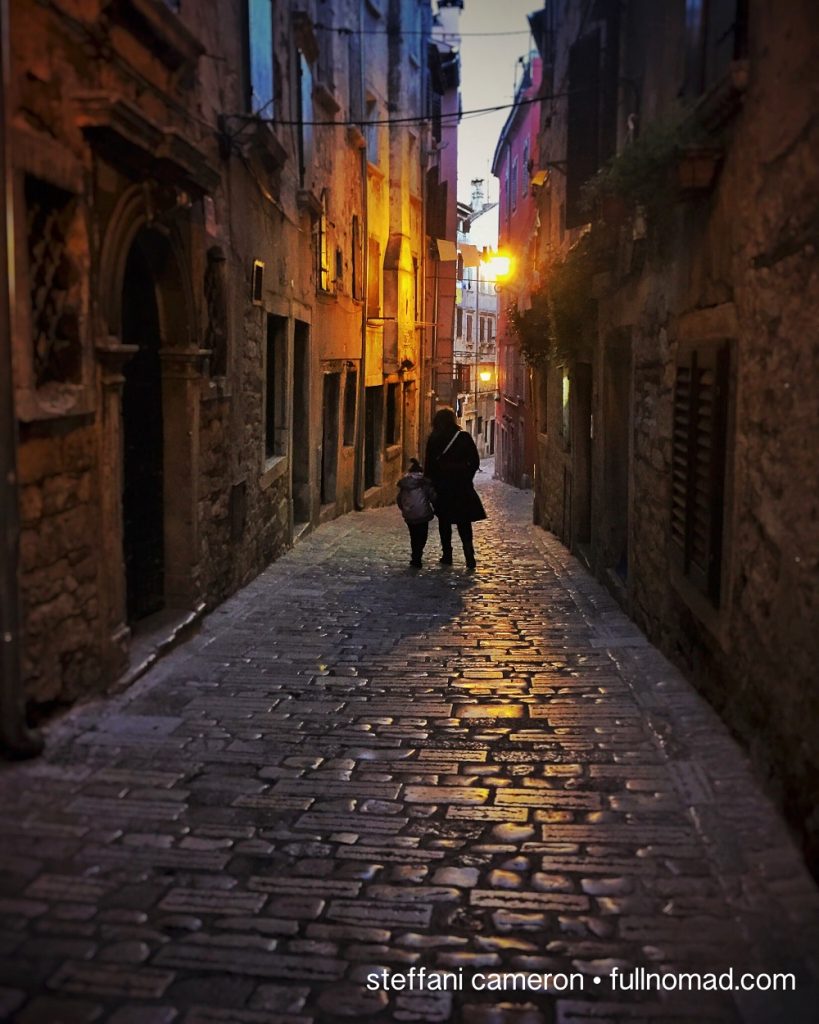 Nightfall in off-season Rovinj. In summer, these streets are literally packed with thousands. Being there for empty streets and contemplative days was a gift.

Web research will help. The Googler will show the approximate climate your chosen area enjoys in any given month, with a gist of what to expect. Check websites for attractions you’d like to visit and see if they’ll be open. Check what exhibits are upcoming in museums of note and keep track of your findings, as they’re a perfect bad-weather escape.

Most large cities are open for business year-round, with more deals to be found between peak seasons.

As someone who’s lived in a mid-size city with distinct high and low seasons for tourism, personal experience dictates locals are more patient in off-season. Living in a smaller city reliant upon tourism, it’s easy to take visitors for granted when you’ve got 10,000 a day pouring in off cruise ships in July. But when it’s a ghost town in November, every person arriving makes it more likely a friend in the industry won’t get laid off this week.

If you think you can’t afford travel, or you hate crowds, or you simply want to experience places at their most authentic, don’t write off the off-season.

Enjoy my photos? You can buy some of these at my online photography store. More will be available with time. 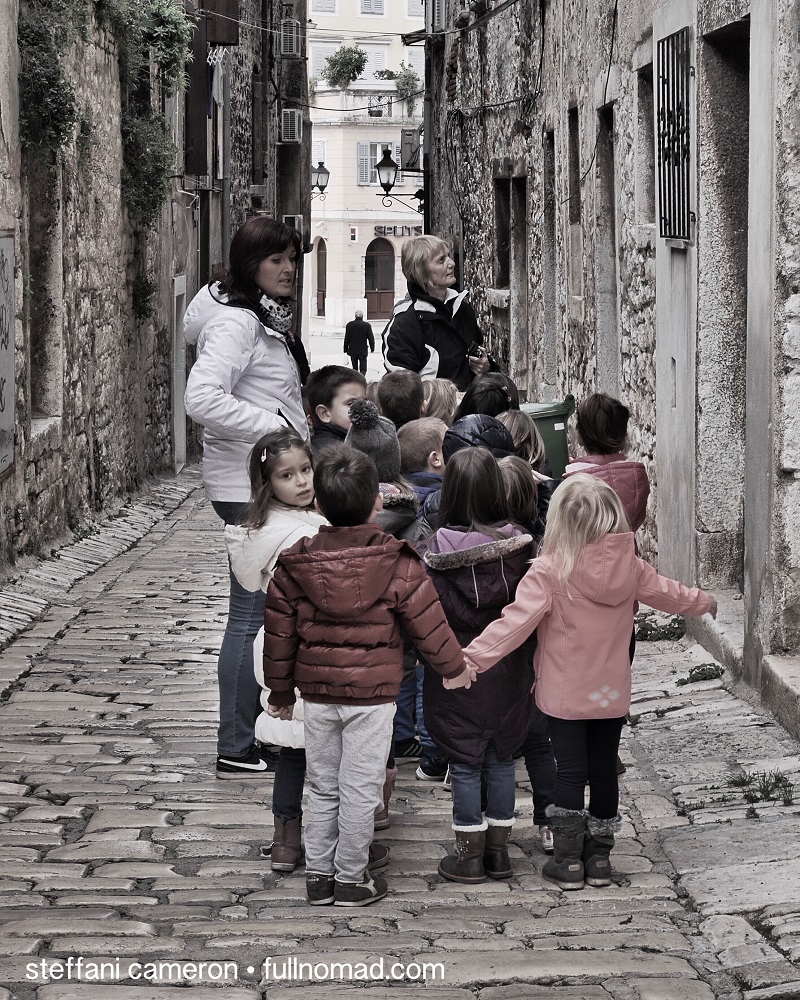 Another blessing of off-season travel is kids are in school. Now and then you get an adorable treat like this field trip, but it’s often quiet. Rovinj, Croatia.

croatia fall travel off-season travel Portugal travelling in off-season why to go off-season winter travel
Unexpected Perks
in Off-Season Travel2016-08-062016-08-06//www.fullnomad.com/wp-content/uploads/2016/04/logo2.pngFullNomadhttps://www.fullnomad.com/wp-content/uploads/2016/08/FullSizeRender-34.jpg200px200px
About
Steffani Cameron
I'm a journalist born and raised in Vancouver, Canada. Trapped in a life others kept selling as "the dream," I decided my dream was decidedly different. I sold all the stuff I'd worked so hard to acquire, and at the age of 42 I set off searching for something else—culture, food, adventure, far off lands. In short, I sought the whole world.
Showing 2 comments 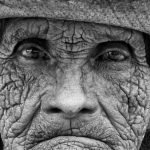 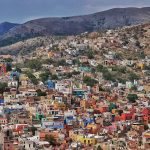