Globalization: The Collapse of Culture

Globalization. There’s a term I’ve heard for the last couple decades of my life, maybe longer. I always knew what it meant, but not until I myself became global did I start really understanding what it meant.

I remember the first time I saw familiar brands as I shopped for necessities in Zagreb, Croatia. It’s intimidating when you’re in a foreign place and everything is, well, foreign to you, and there, shining like a beacon of comfort and hope in the condiments aisle is a jar of Hellman’s mayonnaise or HP Steak Sauce.

Familiarity! Joy! I don’t need that, but I’ll buy that, and I’ll hold it close and feel like home isn’t a zillion miles away.

Then it hit me as I realized I actually was a million miles away and it was ludicrous to find my favourite sandwich dressing on the other side of the planet. Shouldn’t things be different? Shouldn’t I wonder what the hell I’m buying? 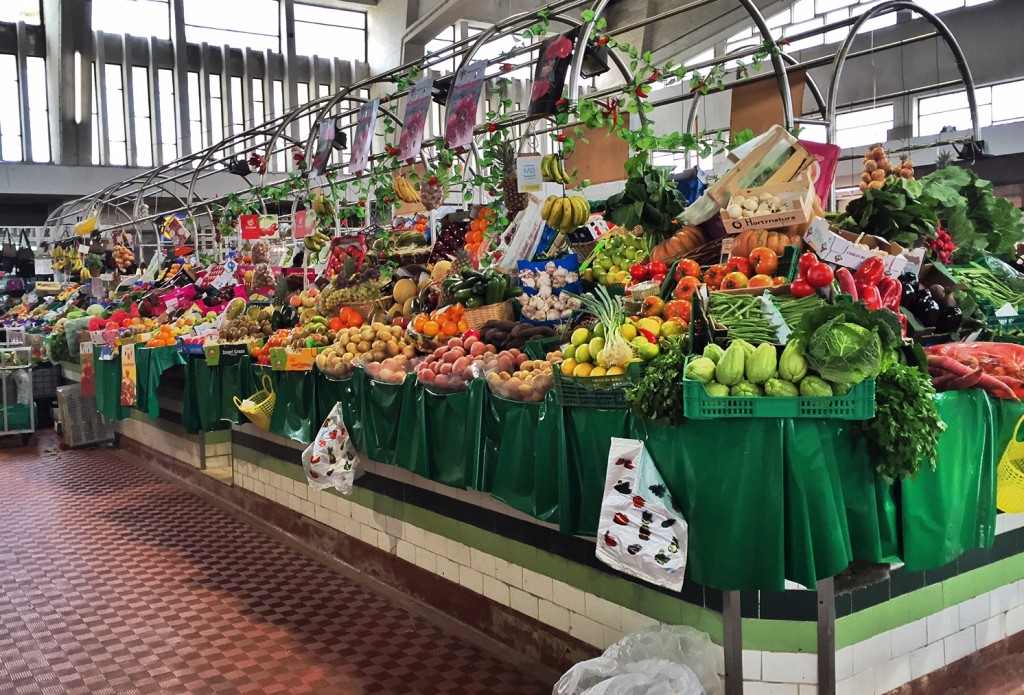 And then I started noticing other brands so familiar to me. Dr. Oetker. Nestle-everything is omnipresent here. By “here” I mean in all of Europe. They should just change the continent’s name to “Nestland” and get it over with.

My friend showed me a link talking about the food paradise that the Azores Islands were. So remote, so self-sufficient, so fertile. No food chains. No abominations of cuisine.

But no. Globalization is here too. McDonald’s arrived a whole decade ago. I’m sitting in a brewery and 15 feet from me is a shelf full of exclusively Nestle products. Down the street is a McDonald’s billboard. Doritos were next to the register when I bought my water earlier. I passed a discarded Coke bottle on the ground as I entered this restaurant.

Here, at least 1,500 kilometers from nearly anyplace else in the world (1,900 from Eastern Canada, nearly 7,000km from Brazil’s northern edge), floating in the remote North Atlantic, they too prove to be unsafe from invasion of global industry.

A TV plays as I type, with a shirtless Adam Levine singing about having moves like Jagger. Christina Aguilera, Jason Derulo, Kanye, they’ve all played as I sit here drinking a regional stout. Americana, por favor? 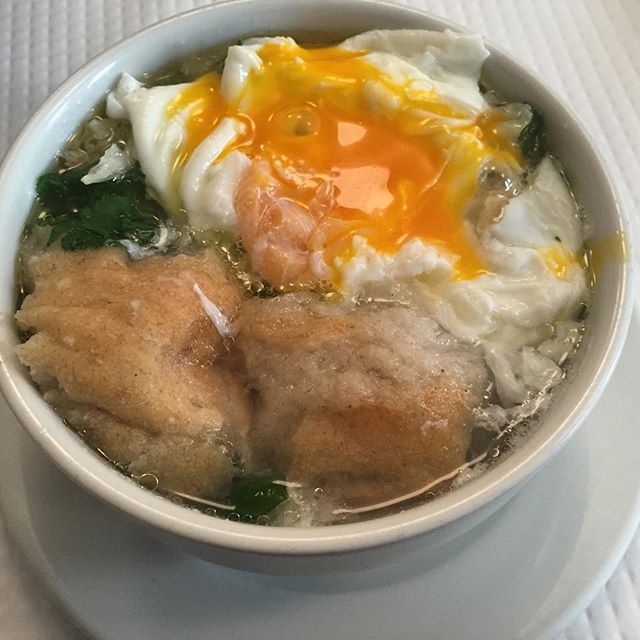 A local soup that’s simple and poor-man’s food. Simple garlic and water broth with olive oil, poached egg, cilantro, and bread. Once the egg is broken and mixed with the soup, the broth becomes creamy, not filled with chunks of cooked yolk, as you might expect.

This post is not an indictment against the Azores. They’re simply another place unable to deflect invasions of the brand kind, and here it saddens me more than elsewhere because I see what a magical place this still is, even with that invasion.

Myanmar is perhaps one of the last places on the planet immune to this “going global” effect, except, obviously, maybe North Korea, who are immune to everything but famine, it seems.

Back home in Canada, there was a strong “buy local” campaign around. From foodstuffs to art, anything one buys local helps to sustain a way of life that truly needs all the support it can get.

Now, though, I realize “buy local” needs to go global. Somewhere like the Azores, buying local gets easy to do. Here, they rear their own beef and lamb and chicken. They grow pineapples and all kinds of fruit. They have an incredible dairy industry and a long, proud history of breadmaking, including Pao de Deus, an awesome sweet bread that makes a lovely ham and cheese sandwich. They even have a wine industry on three of the islands.

A cheese merchant sells cheeses in Trieste, Italy, before Christmas. Sure, Italy’s famous for cheese, but the Portuguese ones I’ve had have been wonderful too. And MANY notable “Portuguese” cheeses hail from the Azores.

I may have initially felt comforted by finding so-called “home brands” abroad, but it was a very quick shift for me to realize it’s the worst thing in the world for culture. Does the world benefit at all by Doritos being an international power-brand? No. Look at the “commercial that Doritos doesn’t want you to see,” the PSA campaign going viral. Eat Doritos and you might as well bring your own chainsaw to the rainforest and start hacking down trees.

As I travel place to place, I’m learning how dire it is that these companies with massive international funds behind them can invade and usurp regional cultures with global products that have no soul, no passion, and certainly no emotional resonance to give the places they weasel their way into.

I feel sort of hypocritical for deciding to visit McDonald’s in every country I visit, just to see what the cultural variation is place to place, but beyond that, I’m not buying global brands. From alcohol to food to dining out, I’m looking for local products everywhere I go.

There are days when I stop in my tracks and feel incredibly blessed to be living this challenging, expensive, tiring life of travel. It’s worth all the fatigue and frustrations I’ve experienced so far, because then a night like last night comes along, when I’m in a remote community and I stumble into an unlocked, empty church so I can sit in a pew, take a deep breath, and reflect on the incredible things I’ve seen until now. From olive harvests to truffle hunting to fishermen in the Adriatic through to Azorean cattle roaming the coastal cliffs and Atlantic salt spray coating my glasses, I am a very, very lucky woman to have had the last 120 days in pass in the way they have.

I know that the world is changing faster than you and I can adapt to it. From climate to land use, through to globalization and disappearing cultures and languages, I feel like I’m travelling at a time that is akin to standing in the fork in the road, where one direction is everything Earth’s ever been and the other is a direction that takes us to an unknown. 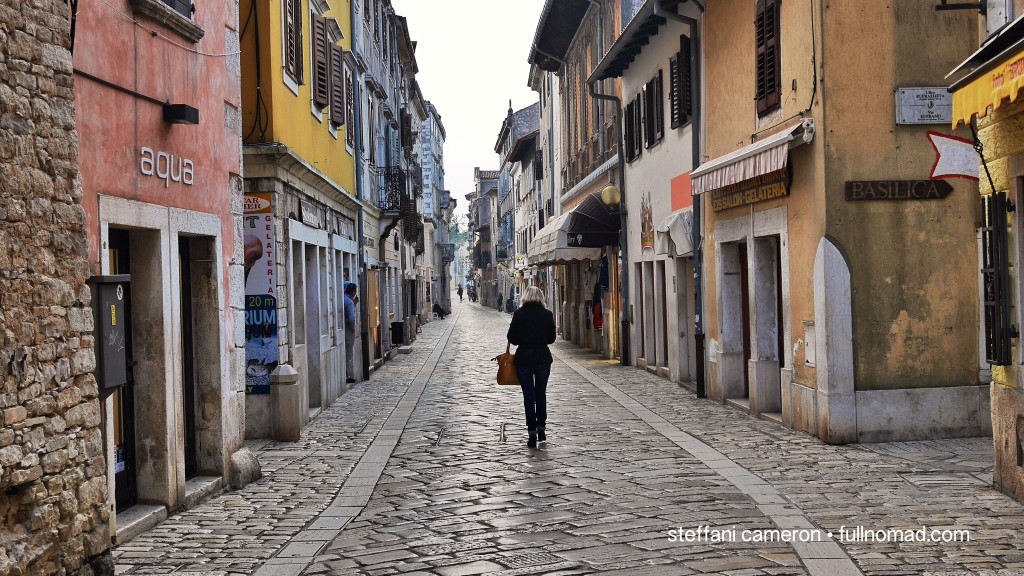 A woman strolls the nearly empty Old Town streets of Poreč, which would be packed just two months ago. The blessings of travelling in the off-season.

Never before has it been so important for us to listen to our elders, to hold on to traditions, to cook at home, to shop local, to protect the environment, or to have a say in development and alterations made to the natural environment.

For six more days I’ll be here in the Azores, a place that has only recently begun to feel the effects of globalization, but where one can still see a passionately local and traditional way of being clutching on for the ride of its life, and I aim to do my part to help.

Azores Azores islands brands buying local culture culture collapse food globalization homegrown real food slow food
Globalization: The Collapse of Culture2016-02-012016-08-06//www.fullnomad.com/wp-content/uploads/2016/04/logo2.pngFullNomadhttps://www.fullnomad.com/wp-content/uploads/2016/02/IMG_6909-1024x695.jpg200px200px
About
Steffani Cameron
In 2015, I sold everything to travel for five years. I'm living out of a duffle bag and works wherever I can get some Wifi. A trained journalist and avid photographer, I'm passionate about culture and what makes us tick. Click below to contact me for projects and opportunities.

A Day In London’s Chelsea, Then This Too EndsBritain