My Travel Plan? Listening to the Wind

Writers will tell you life’s always stranger than the most preposterous of fictions.

Knowing that, I’m avoiding trying to predict or overplan my travels. It seems futile to guess what might lie ahead. With five unpredictable years to fill, I have the daunting, confuddling challenge of time management.

It’s unlike any time management I’ve ever attempted before, because on the one hand, I want to “listen to the wind” and wait for signs and omens to guide my way, but on the other, this is my livelihood and whether it be marketing boards I have to pitch myself to or simply devising itineraries that I can sell as great travel stories, I can’t just leave planning completely up to chance.

But who’s to say those signs, omens, and blowing winds will only wait for my feet to arrive on other shores?

The science-y types, who number plenty among my friends, probably scoff at this notion of listening to the wind, mocking it as some new-agey contrivance to avoid concise decision-making or responsibilities, but thinking that while purporting to be scientific seems ridiculous to me.

I’m of the “everything is energy” school of thought. I don’t necessarily believe in “life after death” but if energy can neither be created nor destroyed, then I can’t believe the soul just goes poof at death. I don’t know what it does, but given some of my own experiences, I know “poof” ain’t it.

Just like “listening to the wind.” I laugh that science thinks all phenomena must be measurable, just because we’ve got some pretty funky technology these days.

Dogs can smell cancer. Bugs and other critters can sense changes in the atmosphere that send them into hiding in advance of weather fluxes. Whole Caribbean islands inexplicably empty of some bird species hours, even days, before catastrophic storms hit shore.

Then along come the humans, who, thanks to science, scoff at the notion that aboriginal tribes of all kinds could smell rain or wind, or sense other conditions on the rise. 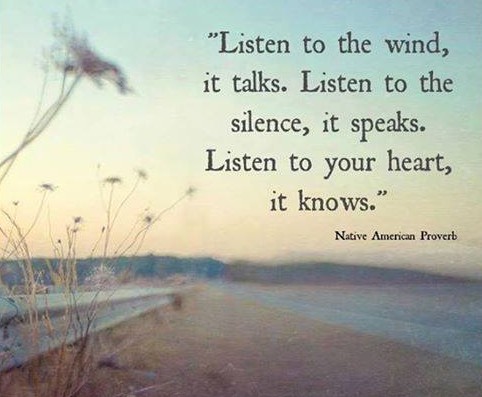 When Science and Humanity Collide

When we were nomadic peoples, we relied on our primal instincts. We lost them along the way. Those skills faltered enough when we adopted urban lives, but as gadgetry reaches mind-blowing proportions, we’ve all but abandoned our primal intuitions.

Today we’re learning there’s more to the mysticism of old. Just yesterday I read a story about how modern scientists are blown away that a 1,000-year-old medieval potion containing cow bile is as effective, or better, than anything they’ve tried to fight the superbug “MRSA” with.

I love that. Up comes an old potion recipe with crazy ingredients, like a hand through the ages, reaching out to pull us out from our digital fog, urging us to look to our ancestors and embrace methods of old.

We’re stunned ancient ways can be effective today, a world governed by spectroscopes and gene sequencing, but why not? All this technology and we still don’t know how Stonehenge or the pyramids were erected, yet these people with none of our technology managed to do things we’d struggle to accomplish even now with heavy equipment and cash.

We’re so hung up on the quantifiable aspects of the modern world that we refuse to accept the gift of the unknown. I long for the history and mysticism that awaits me on the far shores of the Atlantic. Old towns and ancient places, traditions and mythology. What a heady delight. 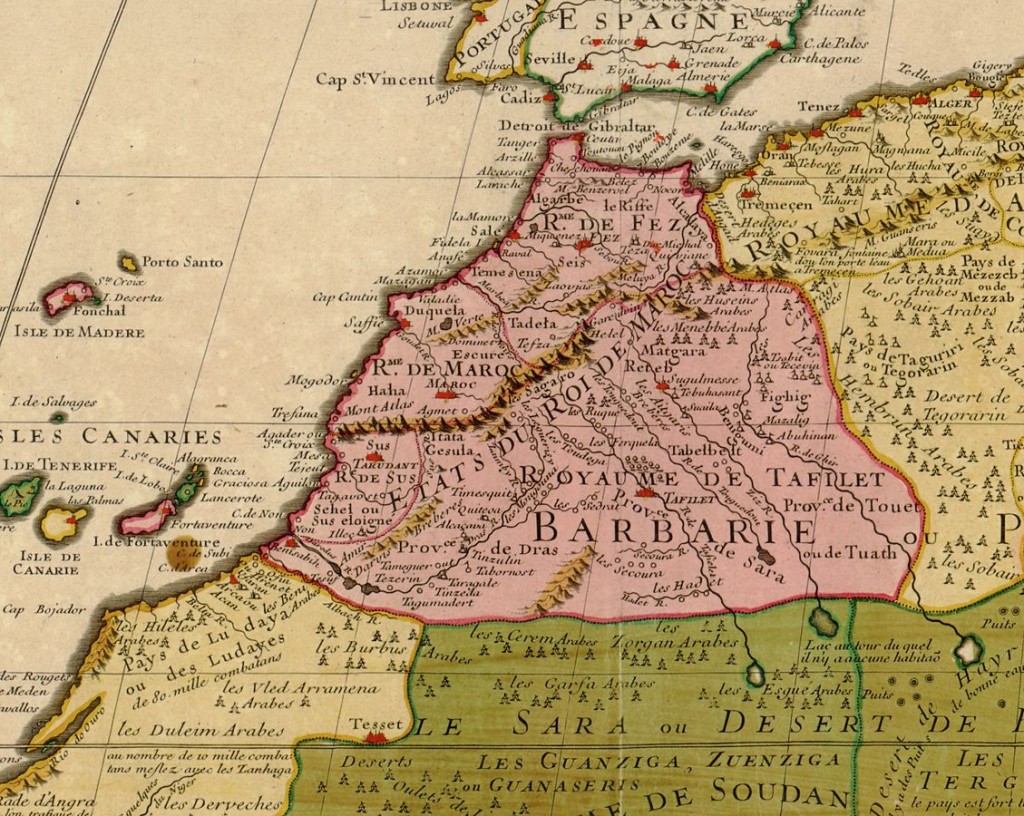 Map of the “Kingdom of Fez,” Morocco, dating from 1707. Source: Wikipedia.

Sands Through the Hourglass

Hundreds? Thousands? How many times have I heard the phrase “ashes to ashes and dust to dust”?

Yet it never really occurred to me until recently that the fabled “sands of time” that cover the earth and comprise our desert and topsoil are the ashes and dust of our predecessors. It’s everyone from Jesus and Mohammed to Mata Hari and John Lennon there under our feet. Where’s Jimmy Hoffa? I’ll tell ya where. He’s in the dust.

When a breeze rises and dust scurries, there’s no telling who it might be that’s blowing in that wind.

There’s something haunting and beautiful, then, about seeing a desert, particularly the Western Sahara. All those granules of people and things that once were — from crumbling ruins to decomposed greenery and even ancestors — are represented by sand as far as the eye can see in African dunes.

Did you know that you can even go into caves in the Bahamas and you’ll find evidence of Saharan sand from windstorms tens of thousands of years ago, that blew the sand across the whole of the Atlantic, into that cave, where we’re only now finding it, buried in between other sediments and turned to stone for all time?

There’s something magical about that sand, and it captivates me. After a life spent in lush green rainforests, the idea of visiting such contrasting places, especially the arid regions of the world, suggests a desolation and sense of history unlike any I’ve ever known.

Listening When the Wind Speaks

I had been largely planning to spend my time strictly in Europe next year, but after recently re-reading Paulo Coelho’s The Alchemist, I found myself thinking more and more: There is no way I can pass up the opportunity to see Morocco when it’s RIGHT THERE.

Especially since I’ve found a place to stay in Tarifa, Spain, that is four centuries old. Tarifa is where the Alchemist’s shepherd boy begins his journey that leads him to following his dreams. It’s just under 40 kilometres across the Strait of Gibraltar to Tangier, where the shepherd boy travels to, beginning his North African adventure.

And my dreams will come true in Morocco.

Lately, everywhere I turn, I see references to Morocco. This is what I mean about “listening to the wind.” When you want signs and you’re looking for them, you’ll find them. This too is the story of the Alchemist.

The science-y types will dismiss these “coincidences” as just creating the answers you want and fabricating supporting evidence so you get ‘em… but when I click on four random vague links in one night about stories that interest me, pretty much back-to-back, and they’re all about Morocco, that’s a little weird. And when, on the same night, I mention on Twitter that I’m considering a 15-day “best of Morocco” tour next spring, and someone says they’re an alma mater to a small university in Morocco that would probably love to have me as a visiting speaker talking about my travels, and would I like them to arrange something… well, that’s even weirder.

If you feel more comfortable dismissing it as “coincidence,” then so be it. I say you’re missing out on the magic of believing in a strange and wonderful undercurrent coursing through our lives.

With no fewer than five “coincidences” on one day, then it seems Morocco is no longer a “maybe” but more of a “must do.”

“Maktub,” as the Arabs say. Fate, destiny — written on the wind. Fate dictates, perhaps, that Morocco must be in my early travels. A place that maybe helps me understand whence we’ve come and to where I want to go. A place that shows me how quickly and easily one’s dreams can unfold when the door is opened for it. 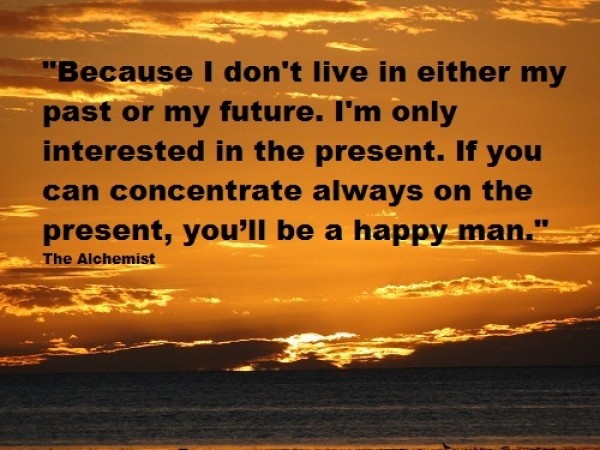 And Then The Dream Changed

Morocco, as far as bucket list experiences, is as high on the travelling list as it gets. Number one with a bullet. A dream since my teen years.

I just don’t think I’m prepared to begin my travels there. I need a soft introduction to such adventure and culture-shock. Five to six months of travel, plus a crash course in Moorish Spain, should prepare me. And so too will also that 15-day tour to give myself some footing, to take the edge off before I venture on with solo travels again.

The opportunity to stay in Fez, then travel into the Atlas Mountains, and speak at a little university in a surreal little town that’s a Moroccan anomaly — a very “French Alps” alpine-style skiing village — seems like a delightful opportunity. I hope very much it comes to pass.

But just yesterday morning such a plan never occurred to me. Travel into the Atlas range? Speak to a small private university in Morocco?

And in a day, boom. Several “signs,” this invitation, and suddenly my first six months of travelling are coming clearer to me. That’s the magic of listening to the wind, if you choose to do so. 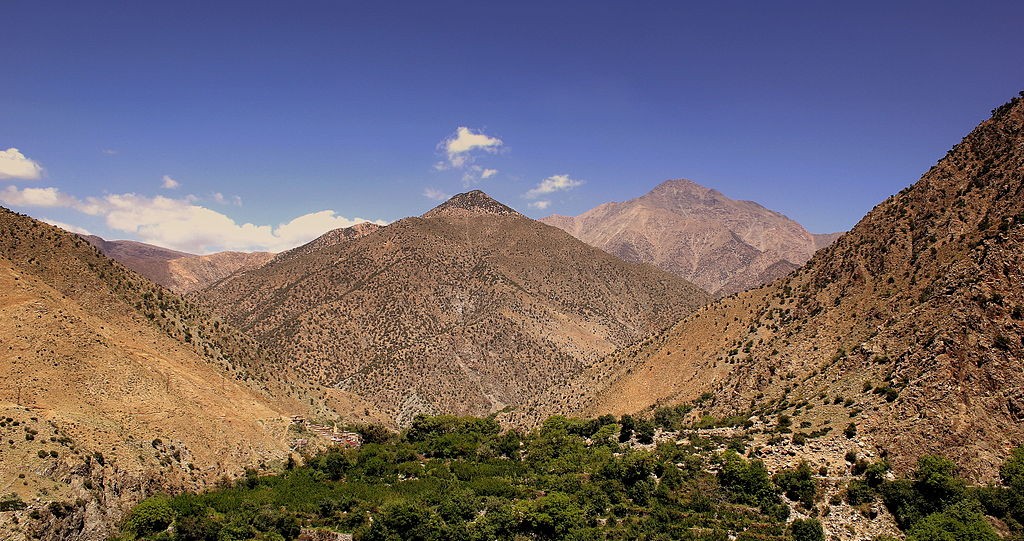 By calflier001 via Wikimedia Commons

I think we all have places in the world that will speak to who we are, and the places I’m going in Year One are the ones I have longed all my life to see — Spain, Croatia, Morocco, Portugal, France, Czech Republic, among others. The rest are bonus. I could rattle off another 20 countries on my list, but I’ll save them for another story.

To where will I voyage? What will it bring me? How quickly will I change and grow? What opportunities will arise? If this weekend is any indication, all I can do is keep my options open and find a way to fit it all in.

All my plans may change. Winds blow as winds blow. Who’s to say from what direction I’ll hear the wind calling?

All I know is, I’m listening and open to it. After all, I’ll be a wandering free spirit, tapping back into my ancestral nomadic roots, blessed by technology that allows me to up and change on a whim.

My Travel Plan? Listening to the Wind2015-04-042018-11-11//www.fullnomad.com/wp-content/uploads/2016/04/logo2.pngFullNomad//www.fullnomad.com/wp-content/uploads/2016/04/logo2.png200px200px
About
Steffani Cameron
In 2015, I sold everything to travel for five years. I'm living out of a duffle bag and works wherever I can get some Wifi. A trained journalist and avid photographer, I'm passionate about culture and what makes us tick. Click below to contact me for projects and opportunities.
Comments
pingbacks / trackbacks

Seeking an Unexpected LifeBefore
Starting My Engine:5.5 Months to GoPlanning